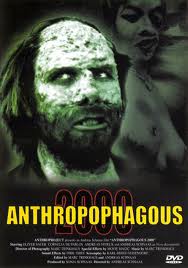 Mark of the Devil - Will's Review

I was quite looking forward to the week's movie; it's a reader recommendation (via our Facebook Page), and it has Udo Kier in it!

Our last Reader Request was Ilsa: She Wolf of the SS, while Naziploitation isn't my favourite genre, Ilsa was one of the better examples.

Sadly this weeks movie is, in all but the trappings, a run of the mill naziplotation movie. Swap out Nazis for the church, the SS for witchfinders, Jews for peasants, and the Camp for a small village, and it's the same old same old.
The acting is terrible, save for Keir; who doesn't exactly give a career best performance himself, and spends most of the film in trousers so tight that an interested observer could probably narrow down his religion.
Against the stock background of people (mostly women) being tortured is the story of the Witch-finder general's student/protégé/apprentice (Kier) realising that his beliefs are not all they're cracked up to be.

Aside from that its a fairly standard 70s/80s torture movie; nothing to write home about, but not terrible either.
Posted by Will "Pyro" Tingle 2 comments:

Mark of the Devil - Lisa's Review

I'm not going to spend a long time on this one.  For me the high point was that it had Udo Kier in it!  A very young Mr Kier, but the intensity is still there.

If you think Witchfinder General with gore and tits and you've pretty much summed this one up.

The movie basically centers around the torturing and murder of what seems any attractive young person, both male and female (but mostly female) who is suspected to be a witch.   These acts are ordered by an evil Lord Cumberland, all under the guise of religion and god.  We also have one of the most horrid men I've ever set eyes on - Albino, who concocts acts these poor women are supposed to have carried out (all untrue) just so he can brand them as witches and rape and torture them.

Udo plays a very young apprentice/pupil Count Christian Von Meruh.  He is the supposed 'good guy'... well as good as you're going to get in this movie.  Kier inevitably falls in love with one of the accused young women and starts to question the practices and what is going on. 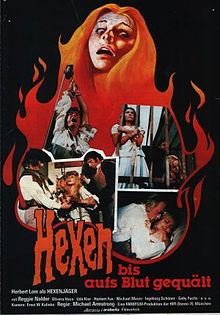 Those of you who have been paying attention will know that Coffin Baby was the killer in the "Toolbox Murders" remake, and this film was originally "TBK: The Toolbox Murders 2" (TBK standing for 'Tool Box Killer').

At some point the decision to make this a sequel was dropped (originally it was to pick up where part one left off) and it was re-tooled into a stand alone movie.
CLICK HERE TO READ MORE
Posted by Will "Pyro" Tingle No comments:

Before I watched this movie, I noticed from a little online research that it wasn't especially popular.  Actually that's me being kind.  People seem to HATE this movie, thinking it a poor sequel to the remake of Toolbox Murders, so I wasn't expecting very much.

Did I hate the movie on the same level as most other people who submitted their opinions online?  It seems not.  It's an odd one.  There were aspects of this movie which were great!  I loved how it looked, the scene settings, the bad guy looked awesome, the gore was incredible.  Some of the scenes were amongst the most gruesome I have ever seen in a movie.  When I say most gruesome, what I mean is, they look very real.  There is no faffing about and suspense here.  It's in for the kill - pun intended!

Our basic premis here involves a young woman who is kidnapped by a murderer who is responsible for killing her sister.  He holds her captive and makes her watch while he tortures and murders others in front of her in many different adventurous ways.

The plot itself was sadly full of holes and raised many questions which were never answered or addressed.  Some details which seemed imporant throughout the story seemed to have been forgotten and were just left hanging.   In places the acting was a bit 'hammy' and overdone.  I have seen much, much worse though. 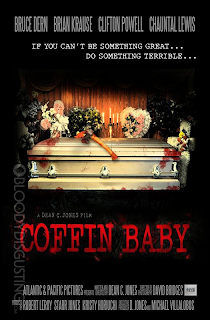 Come Out And Play - Will's Review

Sadly, this is not the review to buck those trends.

For the lateness, I can only apologise; for the brevity, I feel I have an excuse.

This movie is a remake of week 99's "Who Can Kill a Child?", and in a perfect allegory for the film itself, a full length review would be much like that one, with all the same problems as its predecessor, and any changes would probably result in losing many of the best bits.

Come Out And Play - Lisa's Review


This is a remake of the original Who Can Kill A Child? which we have already reviewed as part of 'Beyond Nasty'.  While we both enjoyed the original movie (read the review above for the premise), I have to say for me at least, this movie falls very far short.

Quite often you see a remake and think.... why?  What was the point in that?  Sometimes you hear a movie is going to be remade and you think... it may be ok, I'll give it a chance.  I was in the latter camp, having enjoyed the original but not having put it on some kind of pedestal, that the idea of a remake would have been abhorrant.

Sooo, why was I unimpressed?  Well the remake added nothing at all, so I struggle with the need for a remake.  As far as I could see, the only difference was a few more graphic images, which ironically were not as strong as the lack of a clear view in the original.  Images include the repeated stabbing and pelting with rocks of an elderly man who is being dragged through the street by his feet.  This ends with a rock being dropped on his head from a great height.  In the original movie, the old guy was actually used as a piñata by the kids and although the images were nowhere near as graphic, to me it seemed more sadistic and twisted to be using someone as an actual plaything.

We also see the body of a young woman which has had its faced pretty well caved in and its abdomen cut open and most of its contents removed.  The children are playing with the body and seem to have no squeamishness at all.  One girl actually wears severed fingers and ears as a necklace. 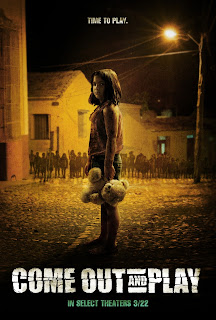 Year: 2012
Reviews / Author Comments due: 13/07/13
Reason for Inclusion: Remake of possibly once listed as a Video Nasty "Who Can Kill A Child"
BBFC Status: Passed uncut in 2013
More Info: IMDB
DVD: LINK

I'm not one for multiple drafts*, but I do like to spend a while thinking about what kind of thing I want to say in a review long before I put fingers to keyboard**; I'll walk around the house, constructing paragraphs in my head, thinking about if I should mention this bit, and how I can segue from one point to another. This week; I have struggled to find things to say.

The reason for my struggle is the plot, which is unbelievably thin: A photographer / neo-nazi, captures, then rapes and kills a whole bunch of women with fake breasts.

This is a movie I hadn't heard anything about before today, so I pressed play with absolutely no knowledge of what awaited me whatsoever.

What can I say?  I was all ready to slate this movie due to its appalling lack of plot, flimsy character building and seemingly spliced together scenes, but on thinking about it outside of the box and outside of my own personal viewing preference, I can't be as critical as I would perhaps like to be.

To give some idea of what we're talking about here, Murder Set Pieces is a story of a german photographer living in Las Vegas who has a penchant for raping, torturing and murdering beautiful young women.  The movie mainly documents him picking up the women and their eventual demise.

The photographer is portrayed as an incredibly sadistic, immoral individual who it seems is driven to do what he does.  It doesn't even seem that he gets much enjoyment from his actions, but rather it's just normality for him.  We are given a tiny piece of background information on him in that his grandfather was an associate of Hitler and fought in WW2.  He has various Nazi paraphernalia around his appartment and seems to believe the germans were the good guys in the war.  This is as much information as we are given about why he is how he is or what drives him.  The movie just seems to be one long blood bath with occasional naked women thrown in. 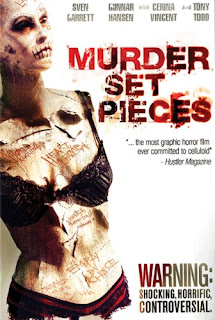 Year: 2004
Reviews / Author Comments due: 6/7/13
Reason for Inclusion: Refused classification on "risk of harm" grounds. Quote "The Board considered whether the issue could be dealt with through cuts. However, given the unacceptable content features throughout, and that what remains is essentially preparatory and set-up material for the unacceptable scenes."
BBFC Status: Still banned
More Info: Wikipedia, IMDB
DVD: R2 Import