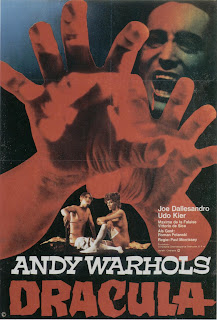 I can see why this one underwent a name change... ostensibly a remake of Exposé, all that remains from the original is a writer who goes to a country home to get some work done, and runs into some trouble with their new PA. It's even less of a Remake than Toolbox Murders.

Oh, I tell a lie; they did keep one thing from the original; Linda Hayden. Hayden played the PA in Exposé, and is a housekeeper here.

This time around the author (now Paula instead of Paul) goes to her family's old holiday spot in order to write her 2nd novel. The PA (Linda) shows up and, after a perfectly normal start, begins to act violently, take over the writing of Paula's book, and even murder anyone who could interfere with the writing and publication of the novel.

Thankfully, this is another short one, coming in at 77mins including credits; I say 'thankfully' because the first half hour is as dull as hell, followed by another half hour lumbering towards a very predictable twist.

Martin Kemp (yes, the Spanda Ballet / Eastenders, guy) pulls writer and director duties and, while not entirely badly put together, it is very obviously a directorial debut; every shot is something we've seen before (often done better) and, as is too often the case with first time thriller directors, Kemp obviously spent quite some time (although not enough time) watching Hitchcock movies.

There is, as I have said, a 'twist' , and it could have been a (relatively) interesting, if clichéd one, but for one thing...

Paula keeps having dreams in which a younger man is having sex with her, and starts bleeding and dies mid-act; During Linda's first murder (a journalist after a scoop) she screams that she (Linda) used to be regularly raped by her brother... Until she stabbed him mid-act.

If you can't work out the 'twist' from that, you've probably never seen a movie before.
Posted by Will "Pyro" Tingle 1 comment:

I put 'spoilers' as my first word here, but I doubt it will spoil anything for anyone, for as unlikely as it is that anyone besides me and Will are actually reading these review, its even more unlikely anyone who didn't 'have' to watch this movie would have any desire to... even less so after reading my review I would imagine.

So, here we have Martin Kemps first directorial debut with Stalker, a movie described as a 'remake of Expose' (a movie we watched for the Nasties challenge).  Here instead of the delectable Udo Kier as the author Paul Martin, we have a rather dull, non inspiring female author called Paula Martin.

The basic premis is that she has a best selling book behind her and has had a difficult time and a nervous breakdown.  She retreats to a beautiful mansion in the middle of the country to seek inspiration and peace to write her second novel.  What follows could be compared to a mish-mash of movies... 'Single white female, 'Misery', 'Identity'... unfortunately it falls far short on every level when compared with any of these movies.

An assistant (Linda) is sent to help Paula with the typing of her novel.  Things all seem to be going swimmingly well (asides from what appears to be a rather uncomfortable over familiarity with Linda and Paula), then Paula continues to get increasingly more and more irate at her writers block.  This mild mannered, quiet, gentle woman is prone to hissy fits it seems.  Linda, seemingly wanting to help starts to write for Paula.   Initially absolutely furious at this intrusion and insult, Paula gives it to Linda both barrels.  That seems to be the last we see of Paula as the woman we have been introduced to. 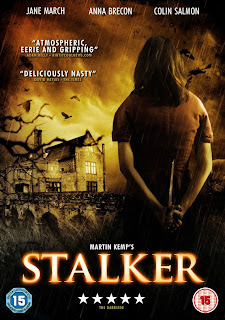 The strangest thing about this weeks movie is that it was released in an age of DVDs... The entire premise of the movie is that you, the viewer, have rented a VHS tape of a movie called 'The Last Horror Movie' only to find that (apart from the first scene) someone has recorded over it.

It really is important to the movie (especially the ending) that you buy into the 'recorded over' premise, but as far as I can tell, this movie has never been released on VHS, so a larger-than-average suspension of disbelief is required.


So to a goody this week!  YAY!!  I have watched this movie before, but as its a relatively short one (an hour  and 15 mins) it was easy to watch again.

So firstly I have to say, I don't know how swayed I was with my opinion on this movie, by how jaw droppingly delicious the actor is.  I'm hoping not so, but I just thought I would state that upfront in case I've missed something and loved a movie that is monumentally terrible purely through the delight of a rare perv.

Anyways... back to the movie.  This is the story of Max, a handsome, personable wedding videographer who has an interesting little sideline.  The thing is... he's a serial killer.  This serial killer sets out to make an 'intelligent horror movie' which challenges the viewer to think about their preconceptions and actual real-time reactions to what they are watching.  It raises quite a few interesting questions about people who enjoy this kind of movie (people like me you could say).  Of course, its all make believe and we all know that (I would have no desire to watch something I KNEW was real), but it does beggar the question, why on earth do we enjoy watching more and more realistic footage of people meeting brutal ends?

Although finding Max so visually appealing, I still feel there would be a common thread with the male viewer.  I would be surprised if men did not find him personable, interesting and intelligent.  That's the wierd juxtaposition (if thats the right word to use in this instance)... One minute you're watching him, nodding along to something he's saying, actually starting to like this guy... next minute you're feeling all judgemental (as he himself points out) and you're recoiling from the acts he is committing on screen... distancing yourself from it and him.  Yet again, he reels you in.... again, he shocks you by his barbarity and lack of any kind of empathy.  Its like a game of cat and mouse all the way through. 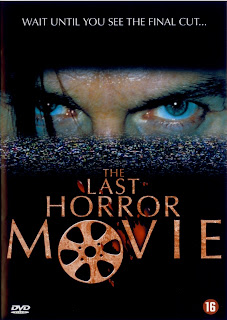 Oh, Universal Monsters, how I love thee! And this is among the best of the bunch!

Sadly, the version we have now is incomplete; despite testing well, universal cut 15 mins (for time, not censorship reasons) shortly after the film previewed, and those scenes are now lost forever. This studio cut though, was still subject to censorship when it hit our shores.


I must be one of the few people who hadn't seen this weeks movie in its entirety before.  I have seen clips and probably so many, there wasn't much of the movie I hadn't seen.

It receives critical acclaim, everyone seems to love it.  What did I think?  Mmmmm meh.....  I didn't dislike it, but I wouldn't go mad about it.  I kinda get like that about movies everyone else seems to love, I just can't be arsed getting all excited about.  Star Wars, Star Trek..... Zzzzzzzzzzzz.

I haven't actually seen the predecessor, but since I know the basic story of Frankenstein and have seen other versions, I don't think I was missing much back story.

What I would say I did like about the movie were the characters of Praetorious, The Monster and The Bride of Frankenstein.  Its interesting how iconic the bride is when she is in the movie for such a short period of time and doesn't even speak beyond a series of grunts and hisses.  I was shocked how little she is actually in it. 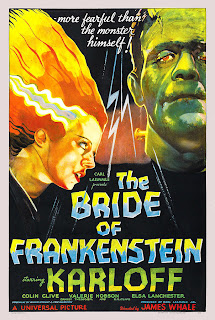 Year: 1935
Reviews / Author Comments due: 9/2/2013
Reason for Inclusion: Cut on release to obtain an X (then the strongest rating available), Also passed A in 1935 and H in 1945 - these 2 releases are listed as uncut, but did have about 15 seconds removed by the distributor.
BBFC Status: Passed uncut rated PG in 1989
More Info: Wikipedia, IMDB
DVD: LINK

Human Centipede 2 vs Salo vs The BBFC

I always told myself that if a topic came up that suited it, this blog (and the original VNAW) would occasionally contain articles other than reviews. After only 89 weeks, such a topic has finally come up.

The bias (in my opinion) showed by the BBFC in the way "art" films are treated differently to more mainstream Horror films prompted me to e-mail the BBFC's press department.

Rather than editorialize, |I will present my email, and their reply, in full. I will save my opinion of the exchange for the comments section; where you are welcome to join me.

I'm at a bit of a loss this week as to how exactly to review this movie as I have no want to give a blow-by-blow account of it, thats for sure.  The fact I am feeling more than a little ill today also would make me want to avoid even thinking about it, never mind reviewing it.

So, what can I say.  Having read a bit about the movie, it seems that the absolute and utter depravity we see on screen from start to finish is in actual fact a very political message about facism, with the 4 main characters (a bishop, a president, a duke and a magistrate) representing different sections of our society.  The bishop - religion, the president - political leaders, the magistrate - the legal system and the duke - nobility.  Well that was all very much lost on me I'm afraid.  To me it just appeared to be an excuse to be shocking, to show as much depravity as possible and get away with it under the usual screen of proclaiming it as 'art' with an important message.  Bollocks!  It truely felt to me, like a few people sat in a room and wrote a list of what they could get away with depicting onscreen.

That was without question the most depraved thing I have ever seen; and I include "A Serbian Film" in that.

There was a point in this movie, during the films 3rd segment (it has 4, each given an on screen caption)  that inspired from me I think the biggest reaction I have ever had to a piece of fiction, and I'll get to that in good time; I wasn't very far into the 2nd segment before I was wondering how this film is even legal.

Now, don't get me wrong; I absolutely think it should be legal; I strongly believe that ANY faked activity should be allowed, no matter how offensive I may personally find it, but it is a sad fact that English law does not agree, and we still have an Obscene Publications Act which can be applied to fiction.

In fact once again, as with Week 83's Antichrist,  the prejudices against horror and towards "Art Film" shines through. How this can be passed uncut, while similar scenes were trimmed from week 63's Human Centipede 2, I cannot comprehend.