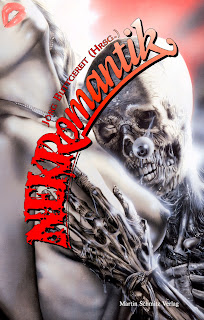 Army of Darkness used to be one of my favorite films; in fact, I believe I saw it before I saw the original Evil Dead movies, and was initially disappointed by them in comparison.

That said, it was the mid 90's, and I was in my mid teens; With it's ramped up action and comedy, I think that teenage boys are exactly the target audience for the 3rd Evil Dead movie... How will it fare up now, while trying to look at it through adult eyes?

If I were to review this movie as a sequel to Evil Dead 1 & 2, then it probably wouldn't fare too well with matters such as consistency.   I had never seen Evil Dead 1 nor 2 until recently, but I remember watching 'Army of Darkness' many years ago and enjoying it then.  Such is the level of fog in my brain, I remember absolutely nothing about the movie apart from the fact I liked it, so I sat down again this evening to re-watch.

I was glad not to be disappointed and found that I still enjoyed the movie.  For me, if taken as a standalone movie it is excellent, but you have to leave most of whats gone in the first 2 movies behind when you watch this one as the contradictions are endless.  Ash's character (although still played by Bruce Campbell) has completely changed, although IMO most definately for the better.   Where we start the movie with Bruce in the middle ages does not tally with the situation we left him in at the end of the second movie.   Although he was sent back to this time, we left him hailed as a hero by villagers for slaying a demon.  Army of Darkness has him pulled through a time portal and kidnapped by Lord Arthur, suspected of working alongside Duke Henry, who he is at war with. 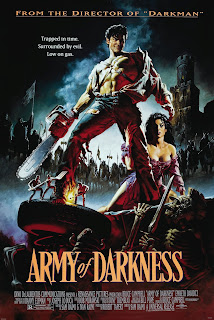 ***Spoilers for the original Evil Dead***

Many people consider ED2 to be a remake of the original; I don't think that's entirely fair. It ovens with a remake of the pertinent points of the first movie (This time the croup is gone, with only Ash and his girlfriend Lynda traveling to the cabin), but by the 7 min mark, Ash is the only survivor, and an unseen force is rushing towards him - the final shot of the first movie.

So, I finally check out the sequel (or remake with a bigger budget as some would have you believe) to Evil Dead, aptly named Evil Dead 2.

From the get go, I'll say I really didn't like this movie AT ALL.  I know that possibly seems like a complete contradiction given that I really enjoyed the first Evil Dead movie, but this one didn't grab me at all.  I hadn't seen it before tonight and I expected something akin to the first movie with better effects.  Speaking of effects, while you can clearly see there is a bigger budget with this movie, I felt the effects were needless and in places ridiculous.  Looks like Buffy looked here for some of its ideas.  All the charm of Evil Dead seems lost in the attempt to bring this one up to date for the time.  Ironically it manages to date this movie even more than the first Evil Dead installment.

We have the same premise, albeit without the group of teenagers this time round.  A recorded message, which was meant as a warning is played, which contains passages from the Necronomicon (Book of the Dead).  This unleashes a demon which sets to possessing various people and inanimate objects throughout the course of the movie.


CLICK HERE TO READ MORE
Posted by Lisa No comments: 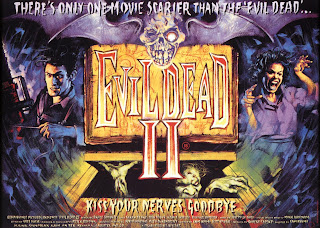 There are 6 entries in the Guinea Pig film series (7 if you include the "best of" entry) and all of them would be suitable for "Beyond Nasty"; all are extreme gore / splatter movies, and all are nominally banned, never having been submitted to the BBFC.

However, we don't want to get bogged down in a 6 week run, so we've selected jut one of the movies to represent the series.

Part 2 was chosen, because it was actually investigated by Japanese authorities and the FBI as possibly a real snuff movie.

I type 'Spoilers' at the start of this review, but I'm sure anyone who watches this movie, will know exactly what they're letting themselves in for as its not exactly a mainstream movie known by most people.  Die-Hard horror fans will no doubt know about this movie, even if they haven't watched it.

I saw this movie maybe a year and a half ago, but watched it again this morning.  There is no storyline here to speak of.  The movie is a mere 40 minutes long and exists purely to document the kidnapping, dismemberment, disembowling and decapitation of a young woman.  This is all played out very slowly, very close-up and the camera NEVER pans away.  Disturbingly the woman is alive throughout the entire ordeal until her decapitation. 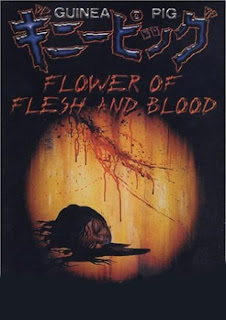 Alternate Titles : Ginî piggu 2: Chiniku no hana
Year: 1985
Reviews / Author Comments due: 11/05/2013
Reason for Inclusion: Investigated in the US and Japan as a real snuff film.
BBFC Status: Nominally banned - Never submitted, probably because no one wants to pay to submit a film that will certainly be denied classification.
More Info: Wikipedia, IMDB
DVD: Unavalable in UK, Expensive from US

After being board stupid by the original Blood Feast I was, understandably, not looking forward to it's long-time-coming sequel; where the original at least had its age and relative importance working in its favor (it was arguable the first ever 'gore' movie) this sequel would have to have more going for it than a few pounds of butcher's shop offal going for it to justify its existence.

Blood Feast 2 - All You Can Eat - Lisa's Review

I don't quite know where to begin with this weeks movie....  When it started there was much eyeball rolling in this house, but I have to admit as I watched a bit more it was definately entertaining.  Not in the way you may think.  This movie is hilarious!

It's not funny because its so monumentally crap, but it is actually played for laughs all the way.  The whole script and every character are almost cartoon in style and everything is tongue-in-cheek.  I found the humour similar to Airplane/Naked Gun type humour but with LOTS of gore.

The movie follows on from the original Blood Feast (released several decades earlier and on the DPP list) and has the original character Mr Rasmes's grandson Mr Ramses the 3rd, follow in the footsteps of his grandfather after he is possessed by his grandads statue of the Egyptian god Ishtar.  He sets to murdering lots of attractive young women, who just happen to be bridesmaids for a wedding that he is catering for.  His plan is to do what his grandfather didn't manage to do and make a 'Blood Feast' for the wedding with parts of his victims.

Surprisingly the gore is actually not too bad either in places.  You can tell this movie didn't have a big budget to play about with and true, there are some effects that are awful, but I found the appearance of the internal organs, intestines and brain to be very authentic.  There were places that made you cringe and I was quite surprised the camera didn't cut away in a lot of places, but that seemed to be what this movie did best.  Showed you the bits other movies don't.  We see a partial decapitation which goes on way longer than I thought it would.  Another scene shows a young woman have her face peeled down and her de-skinned face is still screaming.  The murderer then proceeds to saw off the top of her scalp and play with her brain in an way which would imply he was getting some kind of sexual arousal from it. This is also shown from his fingering of the holes where eyeballs used to be (removed with a little melon scooper) and the sliding of fingers into what I think was a liver?  I'm not sure...